Home/News/Railway to the New Silk Road

The vision of the New Silk Road attracts constant attention. Małszewicze Transshipment Cargo Station is about to become its gateway to Europe. This time, as part of a study visit, François Davenne, General Manager of UIC, the International Union of Railways, appeared.

An important point on the Asia-Europe line

The development of the Małaszewicze Cargo Station, on the eastern border of the European Union, has become an important point for the railway industry on the Old Continent. This is demonstrated by further evaluation visits.

As part of the study visit to the Reloading Region of Małaszewicze, on June 27-28, 2019, the UIC Director General François Davenne appeared.  International Union of Railway is an organization of railway transport companies that represents them on the international arena.  The meeting was also attended by Mr. Mirosław Antonowicz, Member of the Board of PKP SA

Let us recall that in May, a representative of the European Commission, Mrs. Catheriene Trautmann, the European coordinator of the TEN-T core network of the North Sea – Baltic Sea, visited Terespol and Małaszewicze.  On the other hand, on the Polish side, Mr. Andrzej Bittel, Undersecretary of State in the Ministry of Infrastructure and representatives of the Ministry of Investment and Development appeared.

The vision of the New Silk Road, which has become one of the most important economic initiatives of China, creates enormous potential for Poland – especially in the context of cargo transport. Małaszewicze could become a modern, trans-European hub of Europe that would play a key role in intermodal transport between Asia and the Old Continent.

Project “Modernization of the railway infrastructure in the Małaszewicz Relay Area of the corridor of 8 freight lines on the EU border with Belarus – studies” carried out by CARGOTOR Sp. z o.o. plans to improve the quality of infrastructure. In correlation with the projects planned for implementation by PKP Polskie Linie Kolejowe S.A., capacity of the Małaszewicze Relief Area should increase significantly

Increased trade in goods between Asia and Europe makes it necessary to improve the transport network on the New Silk Road, so that imports and exports take place smoothly. The estimated expansion in rail transport between Asia and Europe may increase to 500-600,000 TEU in the perspective of 10 years from approximately 325 thousand TEU in 2018. The contractor of the feasibility study for modernization of the Małaszewicze Transshipment Area – a French company SYSTRA S.A. analyzes four variants differing in the scale of implementation – from maintaining the current state to the modernization variant and extending the existing railway infrastructure to the maximum possible extent. One.
Important modernization points include increasing the speed of trains to 40 km/ h and increasing the permissible load to 245 kN / axle or implementing a modern traffic control system. Modernization will provide conditions for increasing the capacity of the Terespol – Brest border crossing by adapting the Kobylany station to receive and control customs of full train depots up to 1050 m long.

Project: “Modernization of the railway infrastructure in the Małaszewicze Relay Area of the corridor of 8 freight lines
on the EU border with Belarus – studies “is co-financed by the European Union from the Cohesion Fund under the Connecting Europe Facility 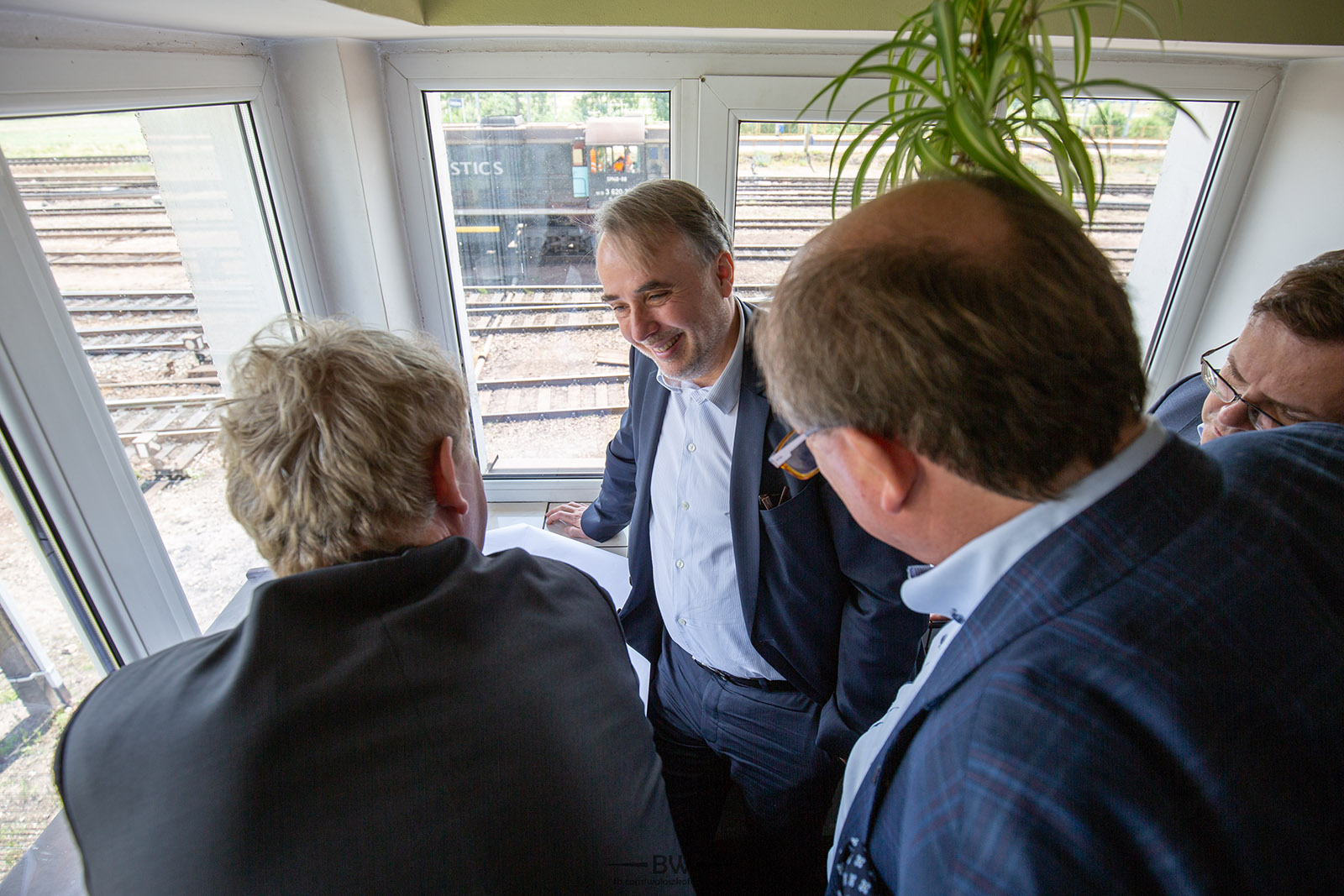 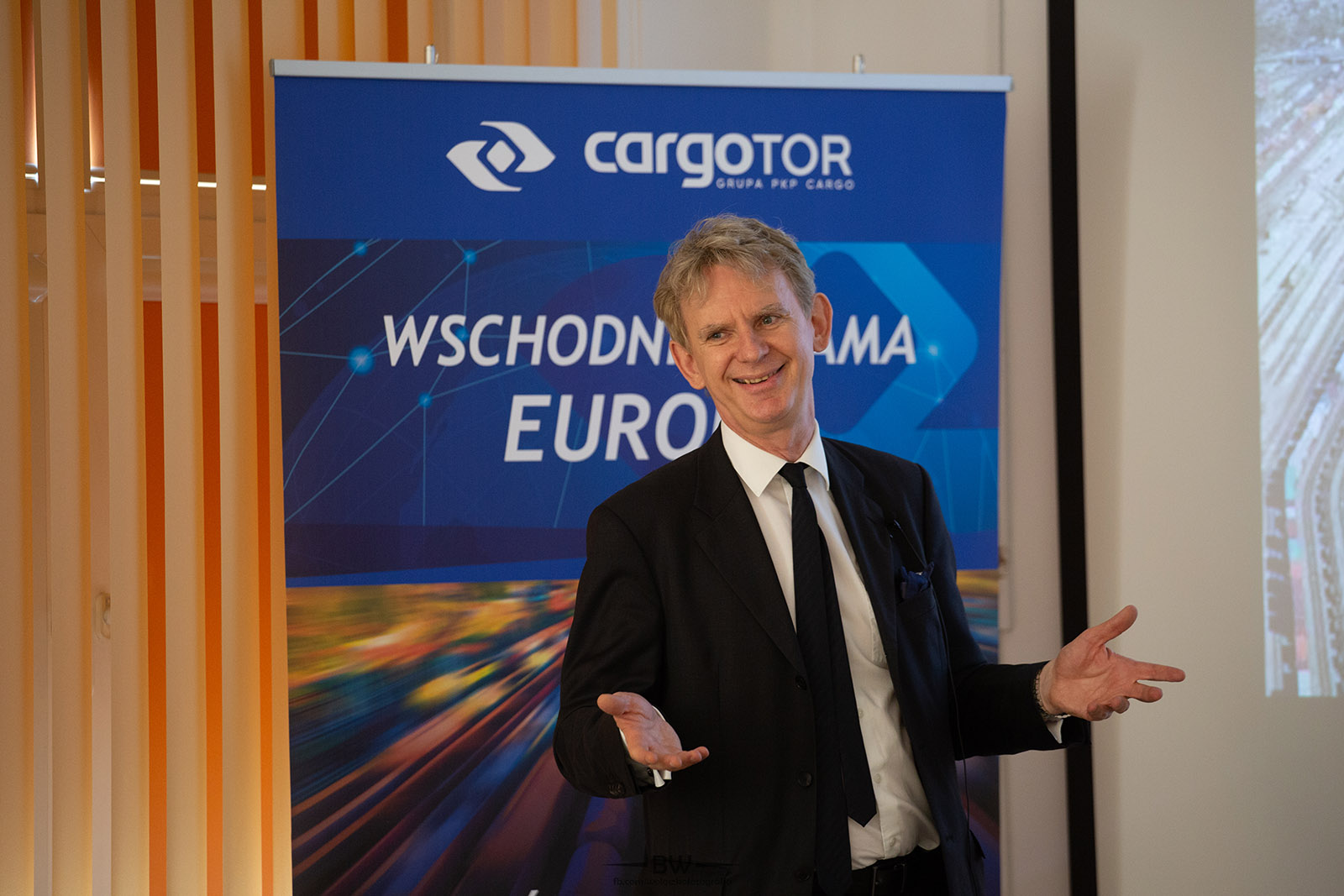