The Eastern Gate of Europe Rising Up

The Eastern Gate of Europe Rising Up

On 21-22 February 2019, investor consultations took place under CARGOTOR’s project “Modernisation of the Railway Infrastructure at the Małaszewicze Terminal Area of Corridor 8 of Freight Lines at the EU – Belarus Border Crossing” – design studies.” The Project will be a complement to other undertakings of PKP Polskie Linie Kolejowe SA in the area, such as “Modernisation of the Siedlce-Terespol section of E20 Railway Line”, “Improving the Accessibility of the Tersepol-Brześć Border Crossing, Stage 1 – Extension of 1520 mm Rail Lines at Terespol Station”, or the conceived construction of a bridge on the Bug River. These complementary projects, initiated in order to meet the EU standards regarding railway infrastructure, offer a chance to create a modern cargo hub in Małaszewicze. Only technical preparedness can make the New Silk Road materialise itself in Poland.

The four project variants presented during the meetings differ in terms of scope and size. The meetings were attended by present and future stakeholders of the Project: delegates from the municipalities covered by the project, as well as representatives of local cargo terminals and railway companies.

The participants repeatedly emphasised the importance of the Project as a chance for joint development. In the context of formal, legal, financial and social challenges, flexibility of approach was declared, as well as readiness to negotiate and discuss any issues that might affect the success of the Project, especially where concerns of different parties have to be reconciled. The ways to join forces in order to increase the odds of successful implementation were debated. The project stakeholders indicated that the importance of the project and the optimistic forecast regarding the cargo turnover between Europe and Asia should be regarded as a great opportunity, while success may require special legislative solutions. 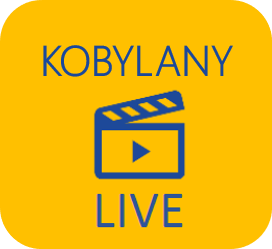